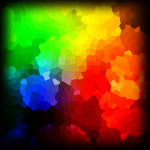 Electronics and Embedded Systems Engineer since 2017,
and working as System Architecture Engineer at SPHEREA.

From 2009 to 2012, I created LG and Android inspired user interfaces for the LG Viewty.

Since 2014, I maintain the Sony Xperia SP as LineageOS developer, formerly CyanogenMod, and also work on my AOSP for Sony 8960 projects, as well as MultiROM and TWRP developments.

Since 2016, I own and revived the Sony Xperia T to maintain the T / TX / V models along the Xperia SP.

Awarded Sony Hero Developer in 2016, I own and develop on the Sony Xperia X Performance for the official Sony AOSP, my patched kernels and MultiROM.

I also participate and help on projects around the Android community and Sony Xperia devices.

Find my recent activities on XDA-Developers.
Details about my computer : Desktop computer.